The Lazair II is a two-seater trainer with the seats in a side-by-side configuration. The Lazair II is not to be confused with the Lazair “Series” II which is the single seat model. It was introduced in 1983 and 100 were completed. In the USA the two seat models must be registered experimental and can be flown by a Private Pilot with or without a multi-engine rating. There is a loop hole in the FAA regs which allows a Private Pilot to fly a multi-engine airplane if it is registered experimental. Since there are only a handful of twin engine experimental aircraft this has never drawn attention. However, it cannot legally be piloted by a Sport Pilot, or a non-licensed ultralight pilot.

Take off roll varies from about 50 to 100 feet. Climb rate is about 500 feet per minute with a 170 pound pilot and a 200 pound passenger. Max payload is 400 pounds. Cruise speed is about 45 mph and stall about 24 mph. It holds five gallons of fuel and has a range of about 100 miles on a single tank. Each engine can be controlled separately.

The Lazair II was fitted with either two JPX PUL 425 engines producing 26 hp each or two 25 hp KFM engines. The engines are more widely spaced than on the single seater models which gives it vastly different single engine handling characteristics. Oddly, With one engine at full power and the other shut down it descends faster than with both engines off. So unlike the single seat models, the two seat model cannot maintain altitude or at least descend at a very slow 50 fpm which has made the single seat models so incredibly safe. 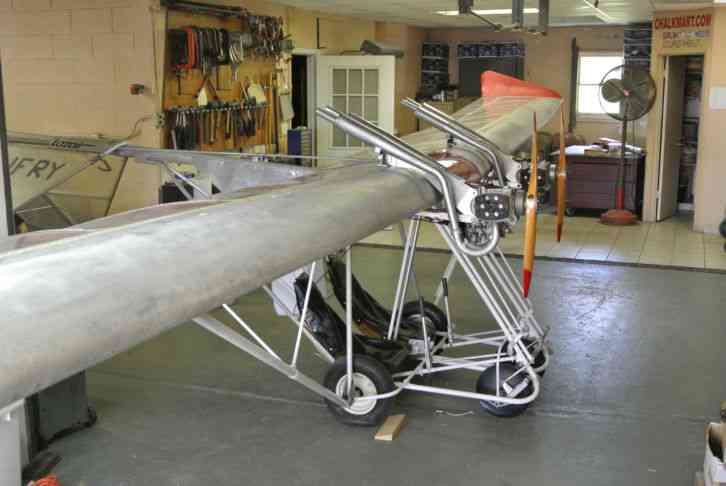 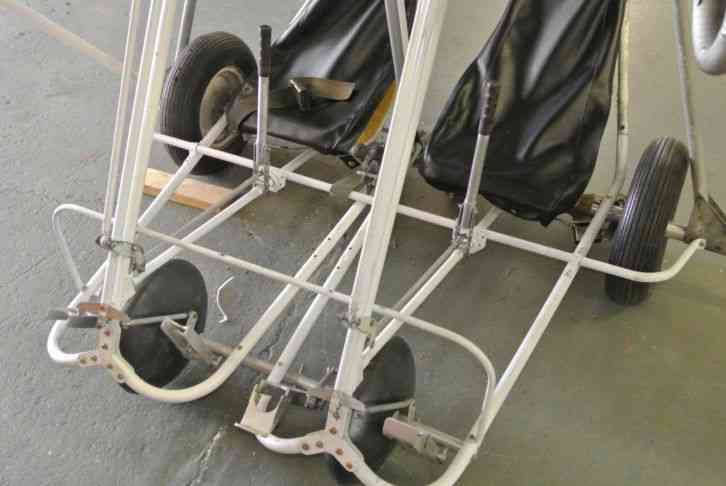 You can see how two fuselage frames are placed together 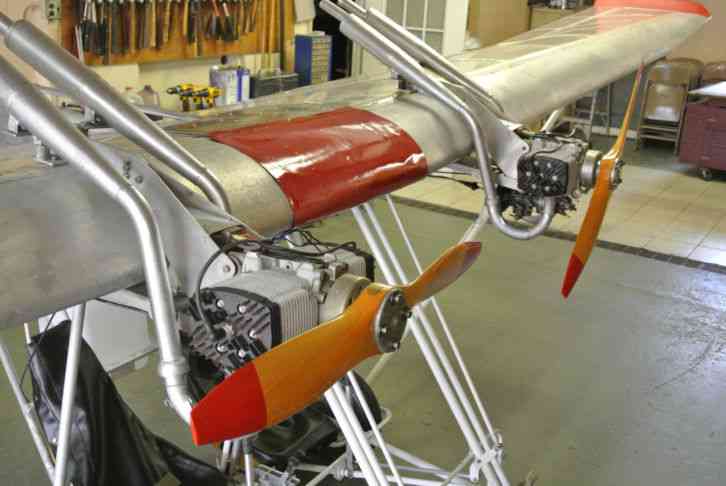 Close up of a 25 hp KFM Engine 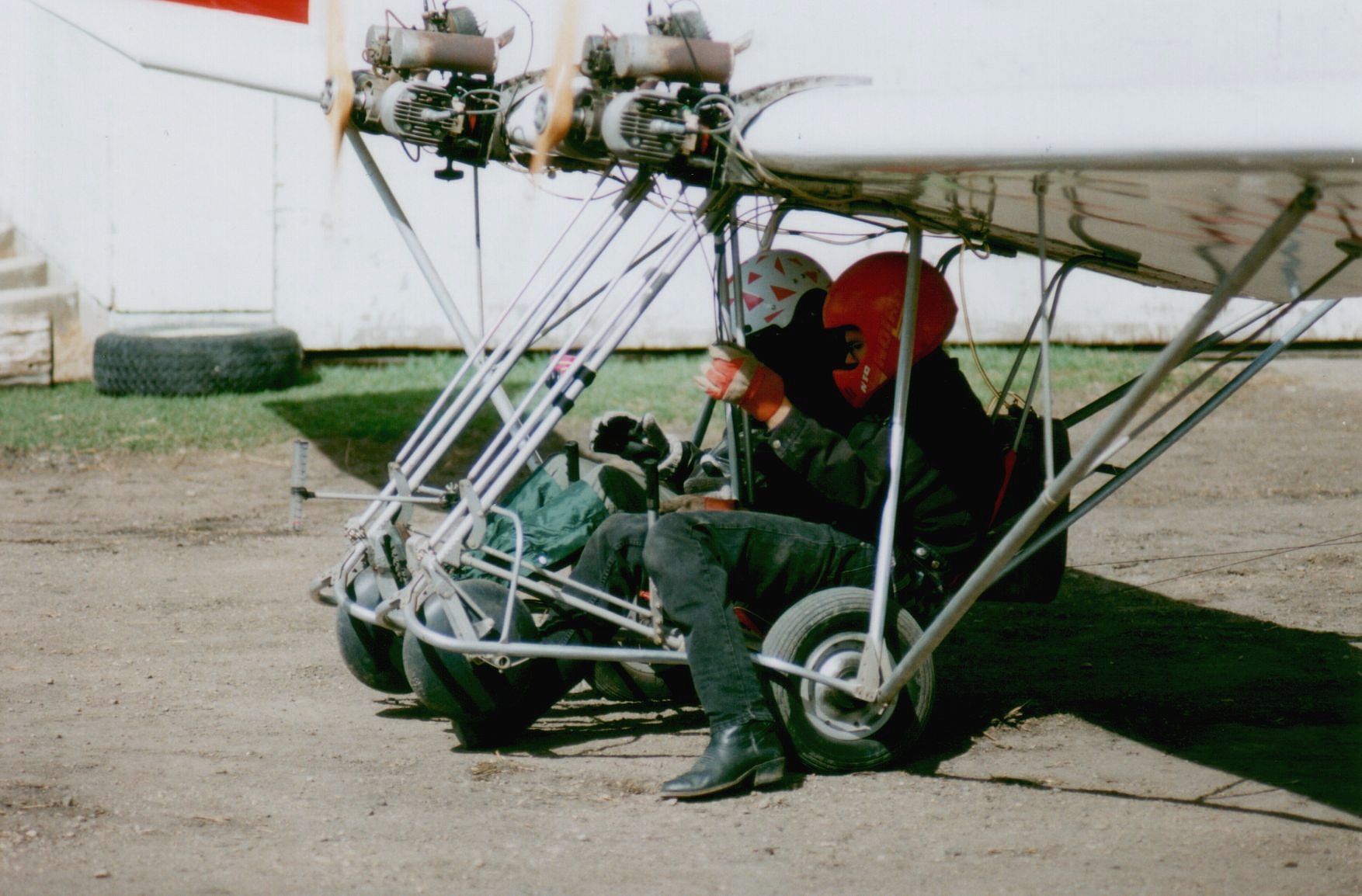 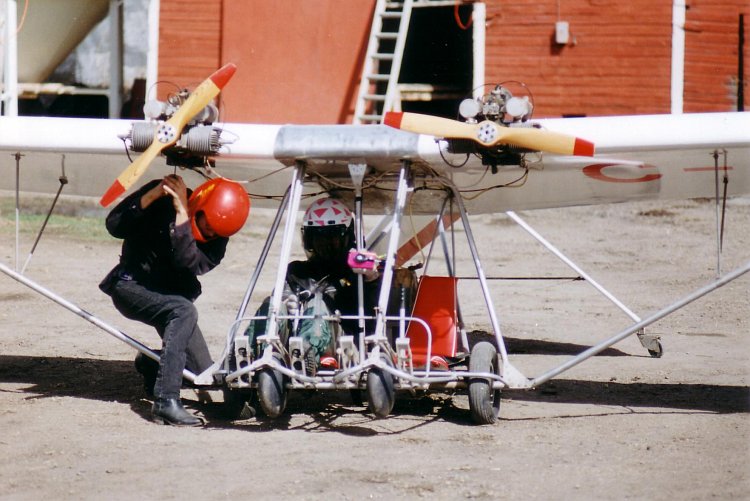 Some folks may remember this airplane, featured in the Gods Must be Crazy II back in the early 80’s. It’s a HEAVILY Modified Lazair Two. 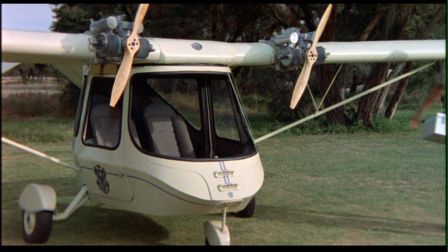 Lazair II from the Gods Must be Crazy