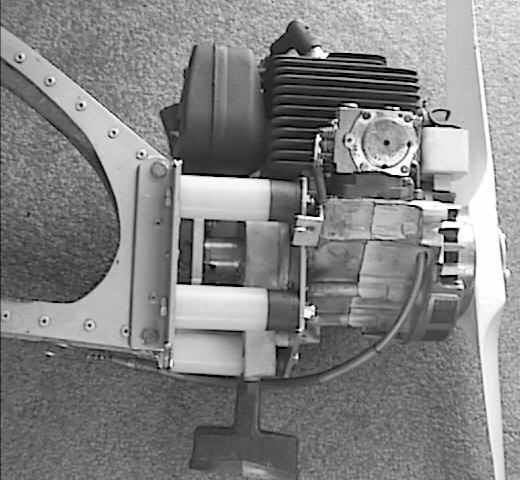 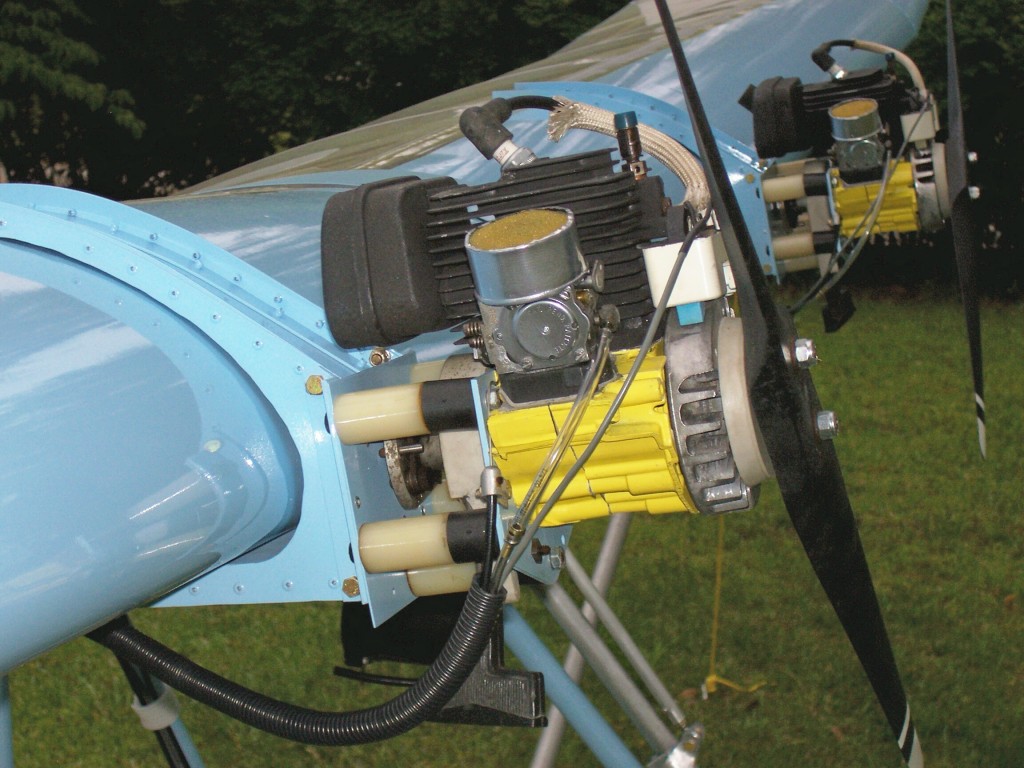 Parts for the Pioneer 60 Chainsaw Engine can be found here at www.rottmansales.com

The original Lazair Series 1 aircraft were fitted with two 5.5 hp Pioneer Chainsaw engines. Pilots weighing up to 190 lbs could safely fly the aircraft, but the climb performance on take off was quite limited. Pilots have reported that getting the wheels of the ground at 21 mph and the plane into ground effect was always quick, even the short climb to 50′ ft AGL. However, getting out of ground effect took a little bit of extra ground distance. You could take off from short grass runways, as long as you are going over farmers fields or water on takeoff. If you had to clear trees then you needed much more length than other ultralights with larger engines. On the other side though, thermalling was incredible with these small engines. Plus the low fuel consumption of 11 total horsepower meant that 2 gallons of fuel was quite sufficient.Typical cruise with these engines was 35 – 37 mph.
The later series 2 and series 3 Lazairs were fitted with the Rotax 185 engines that developed 9.5 hp each. Owners of the original series 1 Lazairs could upgrade to the slightly larger engines for better climb and cruise performance but it required an upgrade to the inboard leading edge D-cell. The original aluminum thickness was only .016. There was a need to add a .020 skin doubler. This is evident in Ultraflight tech update 6.7.

The following was written by Bob Chapman (Chappy), on www.rcgroups.com

The original Series one Lazair kit came with a pair of modified chainsaw engines. The engines were bandsawed off of the industrial saws at which point they weighed 5 and a half pounds each, or roughly the same as the Joby motors, but making less than half their power. The flywheels were modified so props could be fitted to them, and new housings made by him were used to fit the recoil starters onto the output shafts of the engines. Wooden props were used but before long fiber-reinforce nylon props replaced them. They were made in-house at Dale’s Dad’s plastic injection company, as were the wheels and various other small parts. IIRC, that set-up with the more efficient plastic props made something like 37 pounds static thrust per engine. The engines were somewhat prop-limited so only made about 4.5 HP (each). Re-drives were the big deal of the day so I decided to try my hand at it. One reason was that a friend had covert access to the propeller design program that Paul MacCready developed for the Gossamer Condor project! That enabled me to design (on an Apple IIE clone with 64 K Ram!) a very efficient wood prop. With tuned straight pipe exhausts fitted, I was able to wind the little engines up to rated output (5.5 HP) and I recorded 65 pounds static thrust each thanks in part to the much longer, slower turning props used. My first short flight resulted in severe ringing in my ears for a couple days so a pair of lawn mower mufflers were fitted to each engine. That, and a bit more realistic carb tuning (richer to help lowered astronomical cylinder head temps), dropped static thrust by about 10 pounds each. I think the most fun is taking the plane to fly-ins and when asked about the engines, I respond that they make 11 HP – COMBINED – and watch their reaction. Wish I had videos of some of them! I don’t want to totally hijack this treat from the RC guys so if you’re interested….” 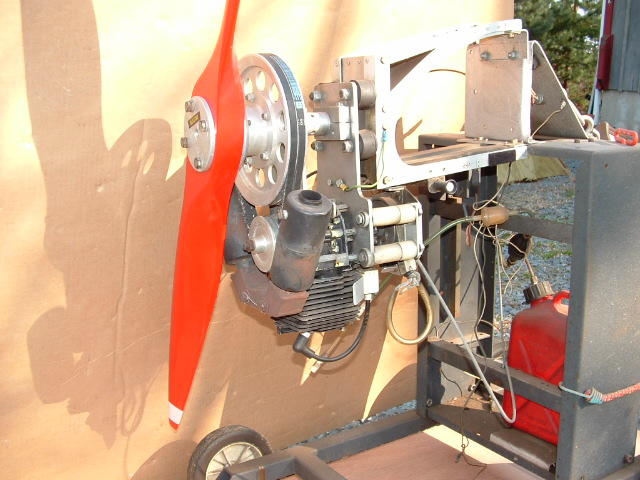 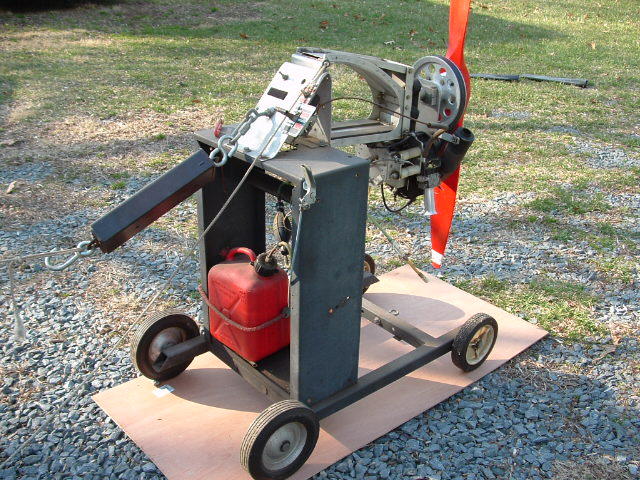 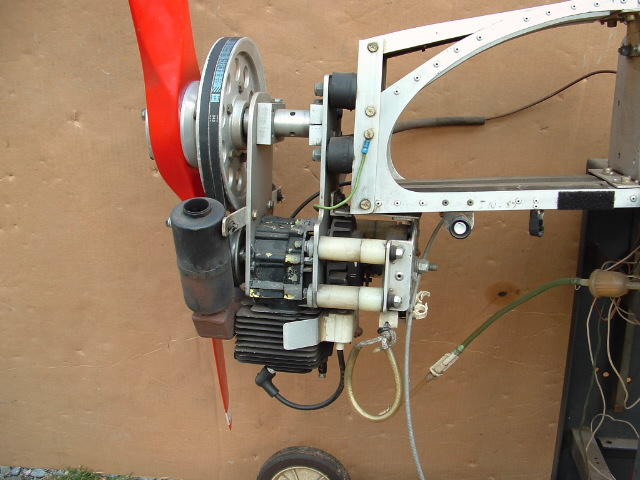