The first Lazairs were originally marketed just under the model name “Lazair”, but were later termed the “Lazair Series 1″after improved models had appeared. From the very beginning, the Lazair was a great gliding aircraft, with a high 12:1 glide ratio. Few ultralights could compare, and of course there are very few other general airplanes that can compare with that (except for motorgliders and sailplanes). 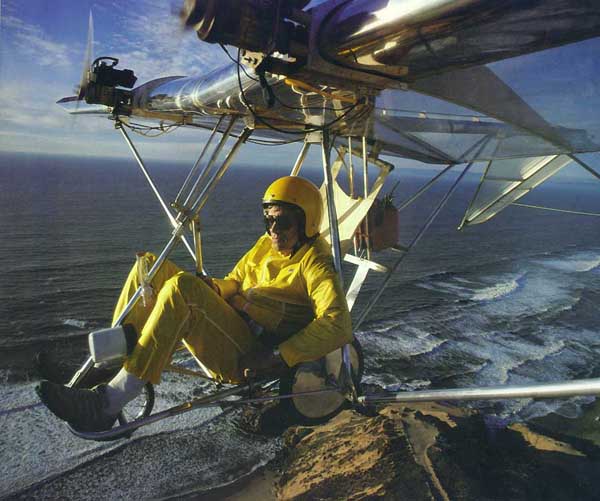 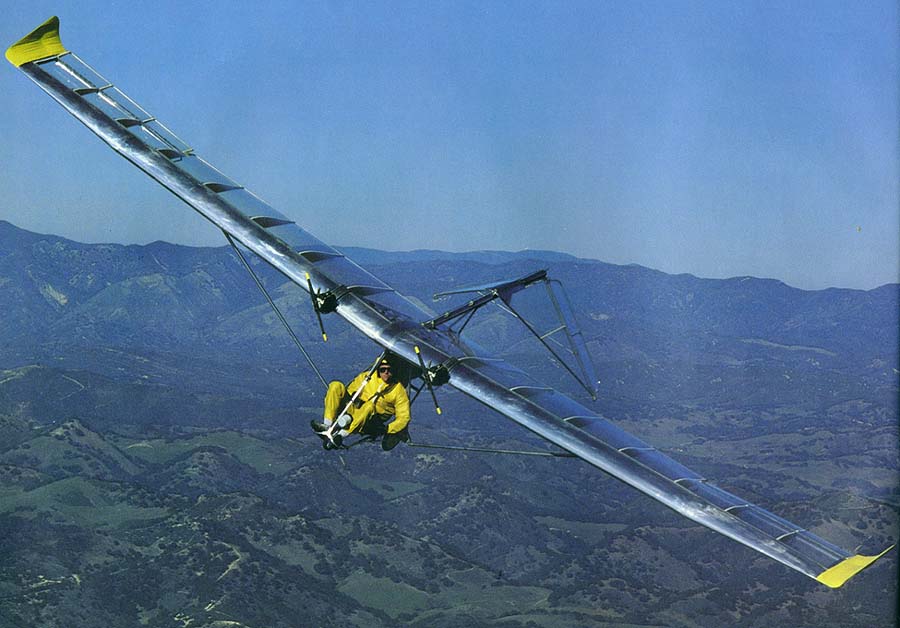 The initial model Lazair was a single seater with a 36.3-foot wingspan and was powered by two 5.5 hp 100 cc Pioneer chainsaw engines, meaning the entire airplane performed perfect with just 11 hp total! The engines were directly driving plastic propellers in tractor configuration. 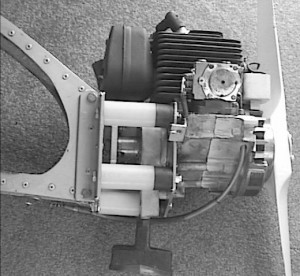 The main landing gear used 16-inch wheels with a track of just 26 inches. Originally they were bicycle tires, then later changed to the more spongy wheel barrow style wheels. With the extremely light airframe, these were the perfect fit, and no damaged wheels have been reported. The company cautioned that with the thin wheel base combined with the long wing span, pilots should use a wing walker when taxiing in more than 7 mph of wind. However, most pilots learned how to taxi just fine in cross winds with practice, and this didn’t prove to be much of an issue. Tail skids (not tail wheels) were originally fitted to the inverted V-tail. Some current series 1 models still around likely have tail wheels installed (not castoring though).

The series 1 lazair was designed around 3 axis controls, but coupled together in a 2-axis configuration. The ruddervators and ailerons where coupled together with a mixer between the wings. A rudder pedal kit was available as an add on feature to separate all controls as was done with the series 2 and 3. 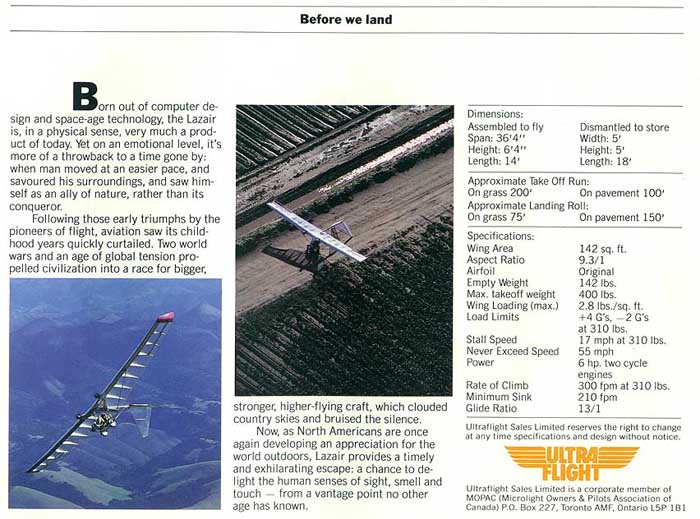 Click on the Series 1 Brochure Image to see better